Founding member of The Youngbloods, Banana sings Americana songs from bluegrass to country blues to old R&B classics that swing while they tell stories. He plays an Italian 5 string tenor guitar tuned in fifths with a unique style and sound.
1 2 Next »

I’m excited about my upcoming Italy Tour in May. I’m going to get to play with some old friends and also meet some new ones. Check the Tour Page for the gig schedule.

Well it still might be a year before another Disciples of Soul Tour happens but in the meantime I’ve been back in the studio and did a bunch of gigs in Italy in October with a great new band.  Back home I’ve been backing up Rambling Jack Elliott at quite a few gigs and also have a bunch of gigs coming up with The Barry (The Fish) Melton Band as well as some duo gigs with just Barry and me … BananaFish .  I also have gotten back together with David Nelson and we have some duo gigs coming up.  Then  it’s back to Italy in May for more gigs with these great Italian musicians that I played with in October.  Stay tuned. 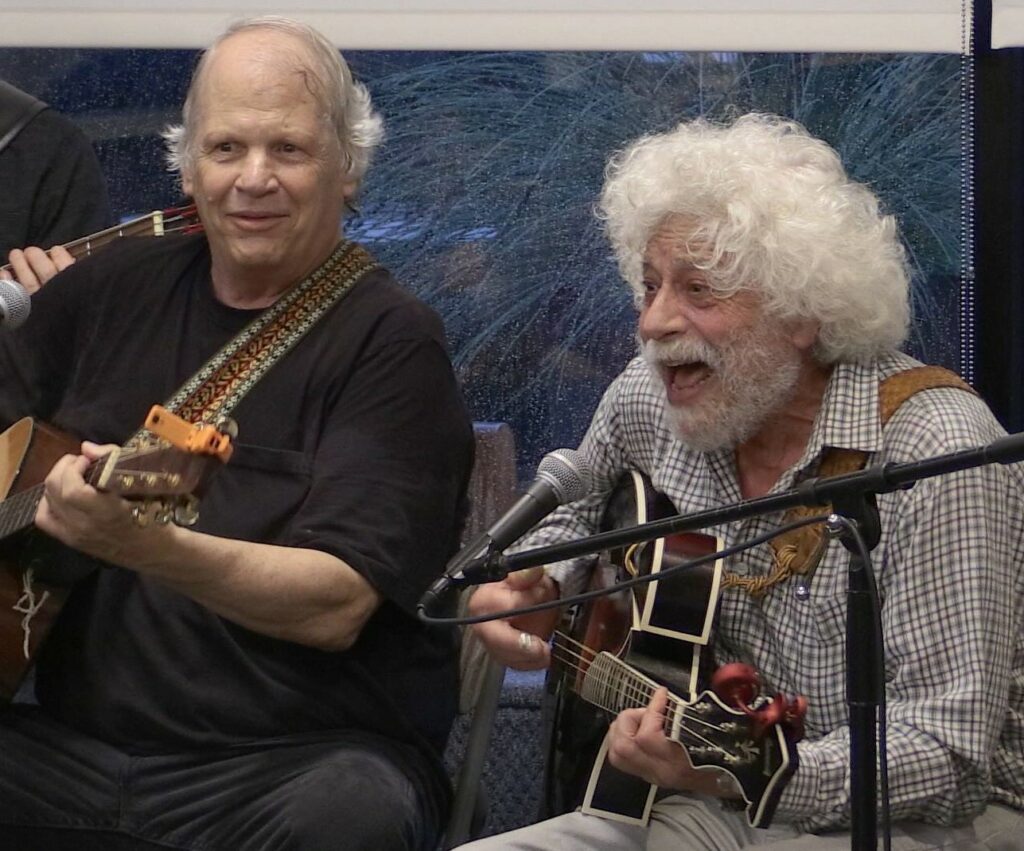 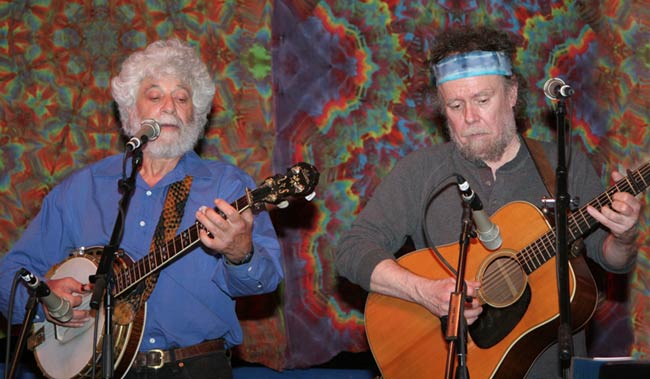 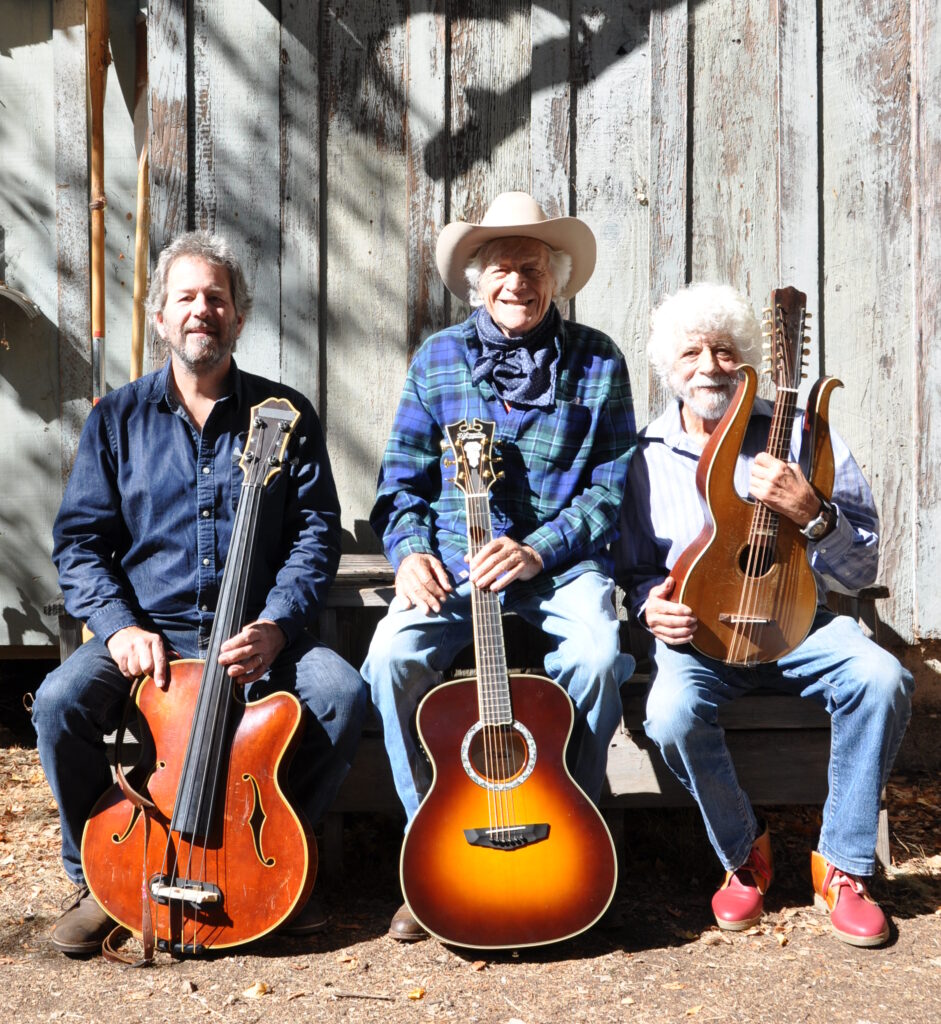 Finally back home after three months out on the road with Little Steven and The Disciples of Soul. 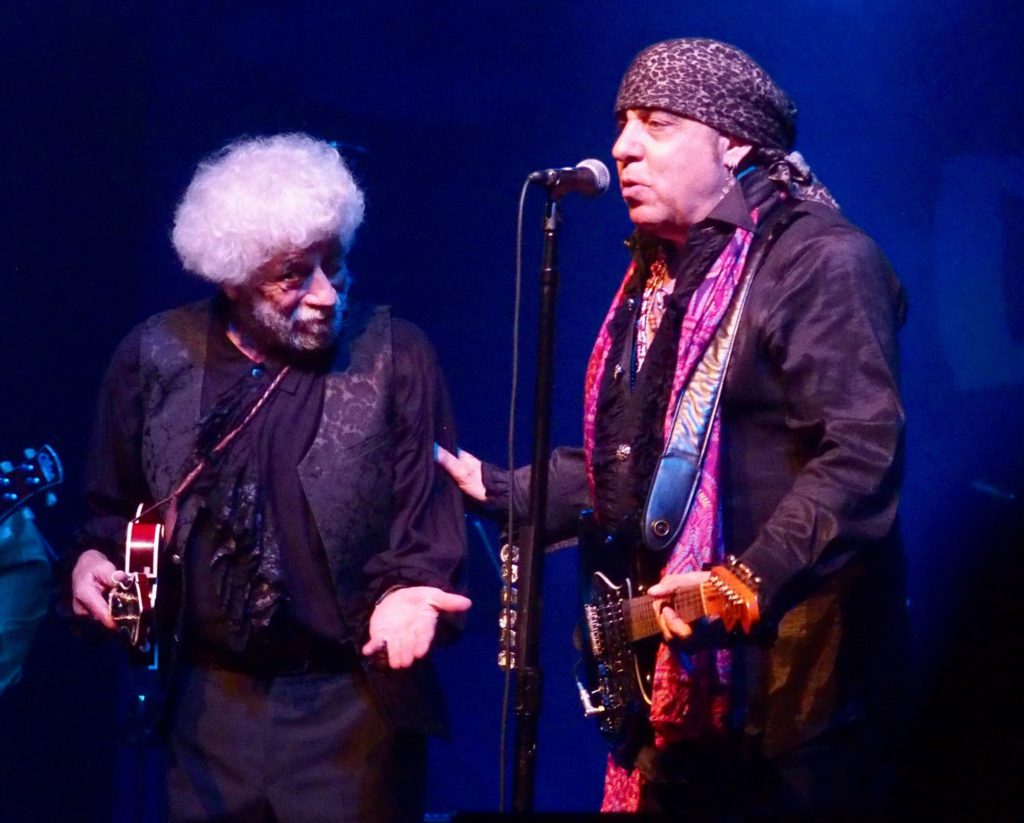 Paul McCartney joined us for the Enclore at The Round House in London on November 4. We did “I Saw Her Standing There”. 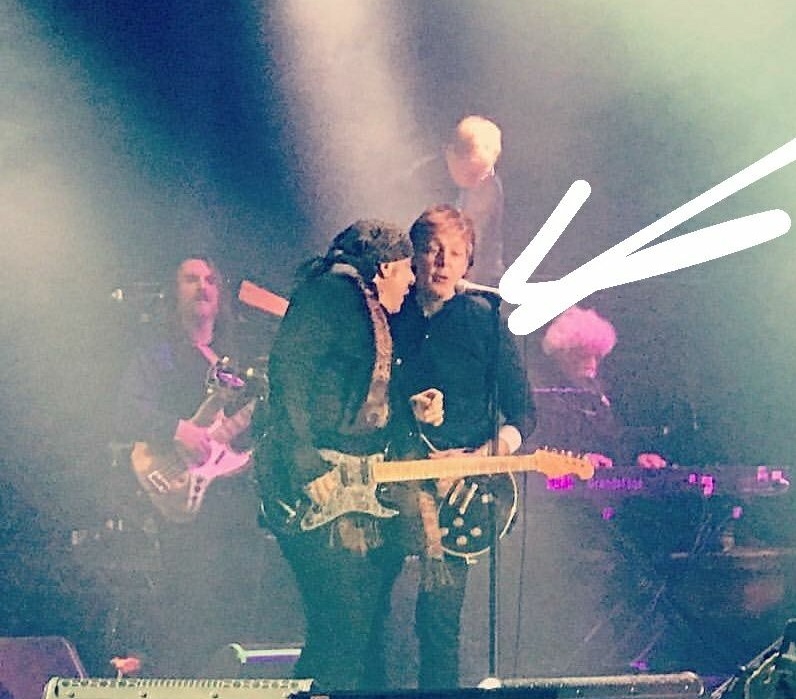 Working with these amazing musicians and fantastic crew has been the greatest.

Playing at the Heddal Stave Church in Notodden 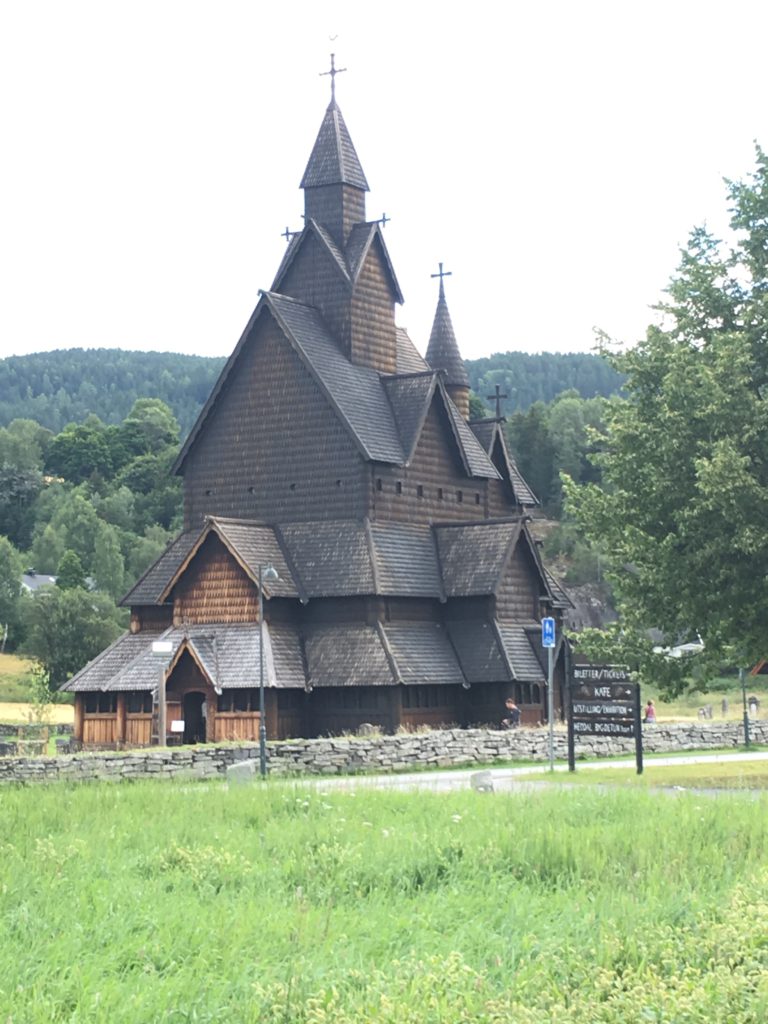 It is the largest and oldest remaining stave church. We (Reidar Larsen on piano, Terje Kinn on mandolin and banjo, Knut Hem on dobro, Knerten Kamfjord on bass and Amund Maarud on guitar) played acoustically … no mics, no cables, no speakers, no amps so the audience of about 150 actually got to hear the real music coming from the wood of our instruments and straight from our vocal cords instead of hearing a piece of paper being vibrated by a magnet inside a metal rim. It was a blast and the crowd loved it. I’m hoping to have some video pretty soon. 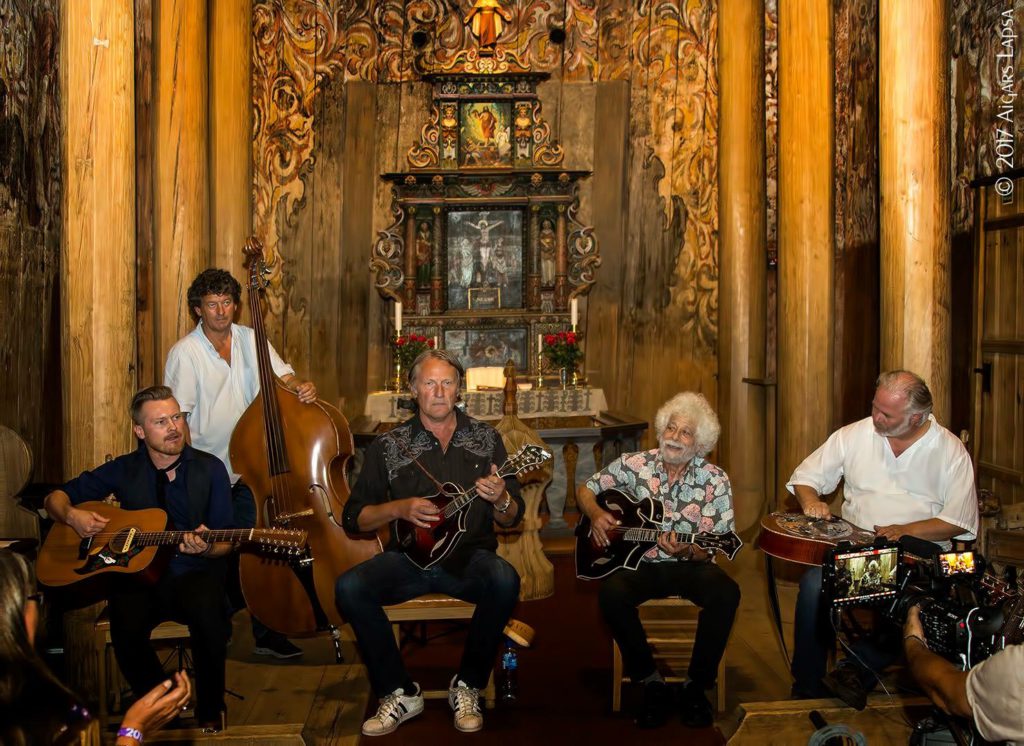 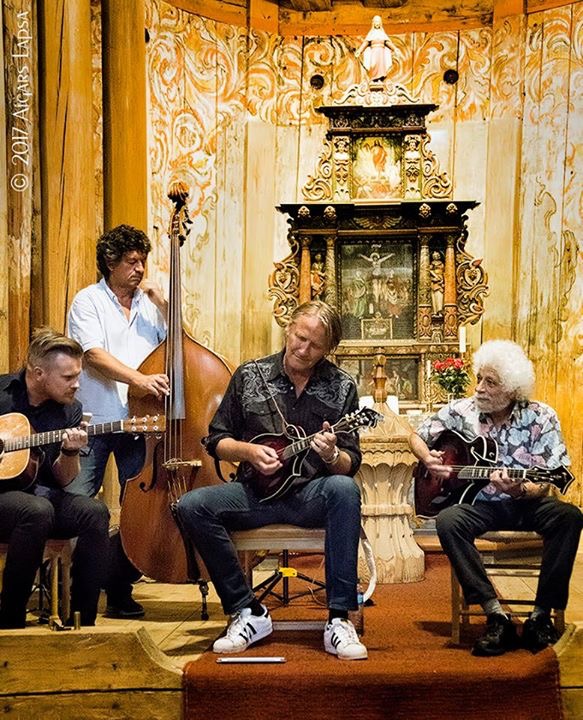 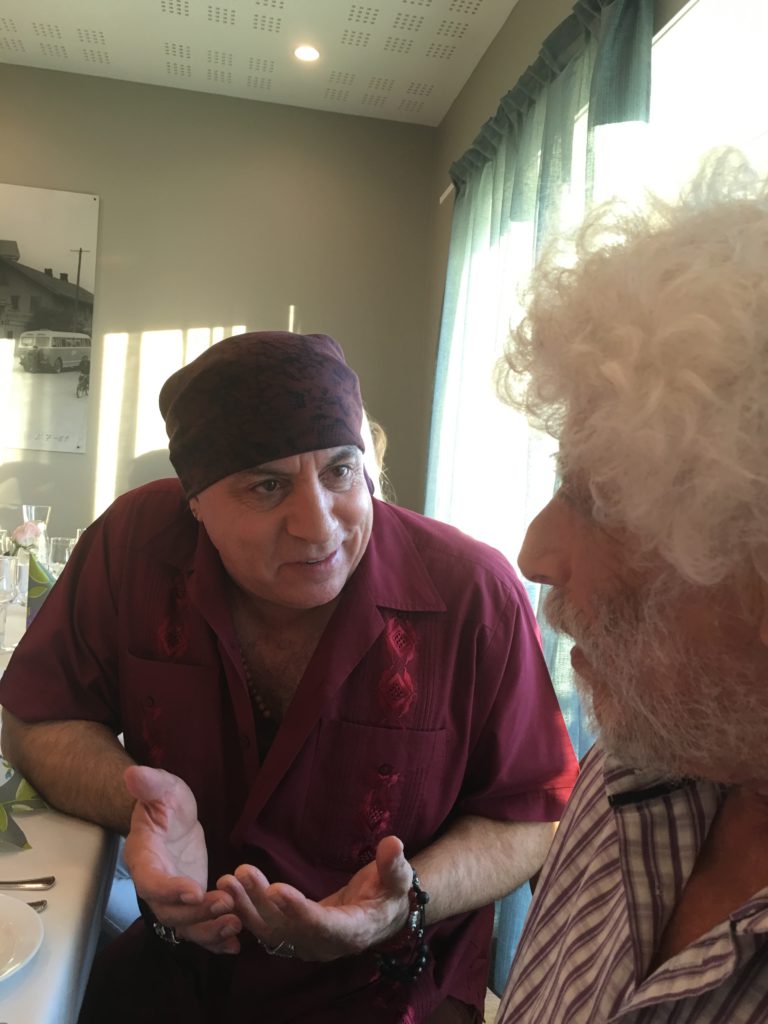 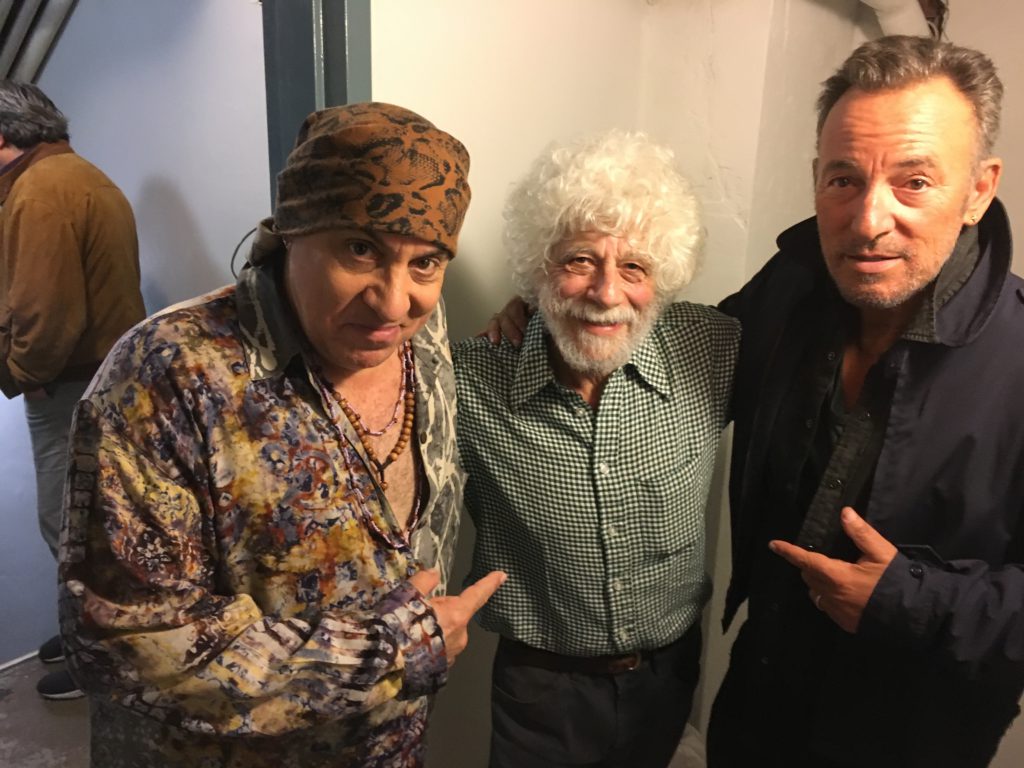 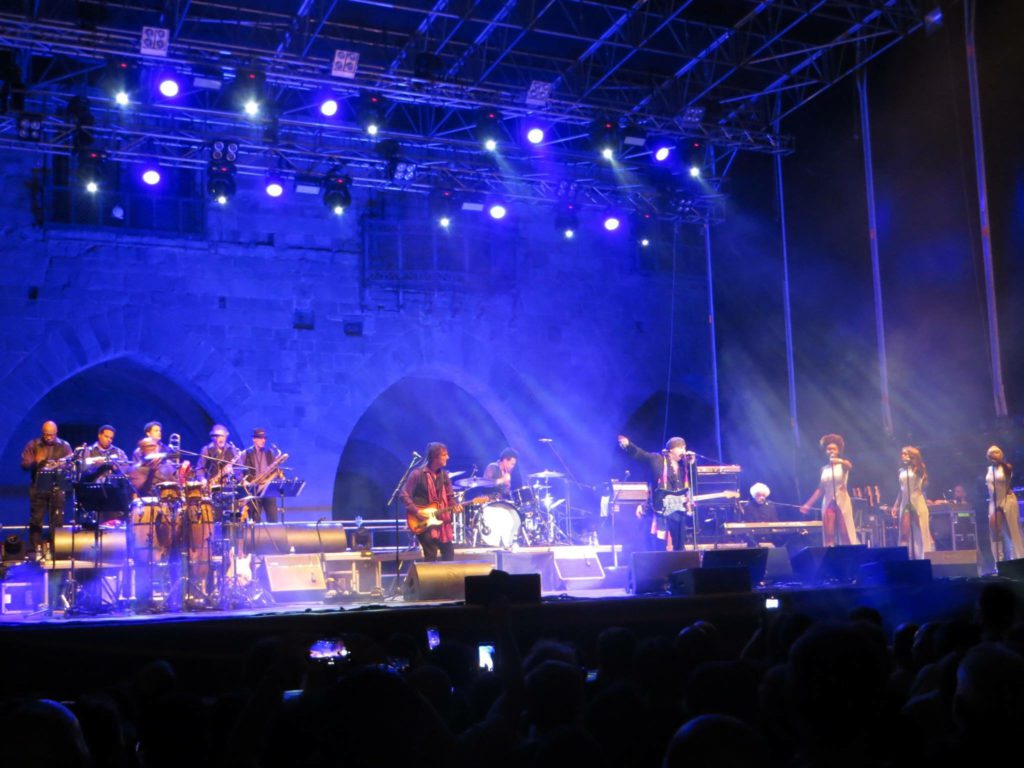 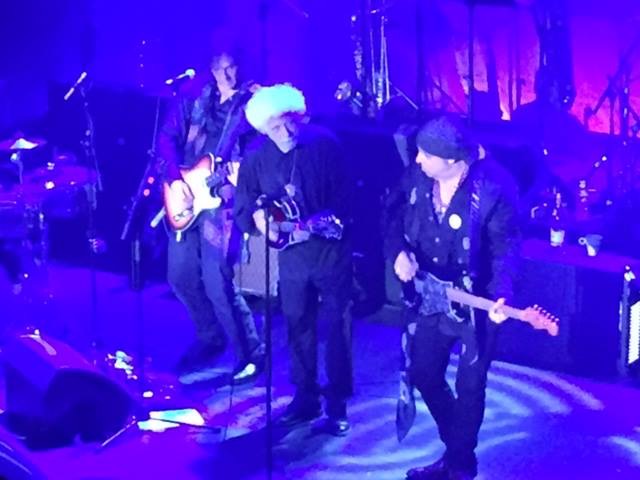 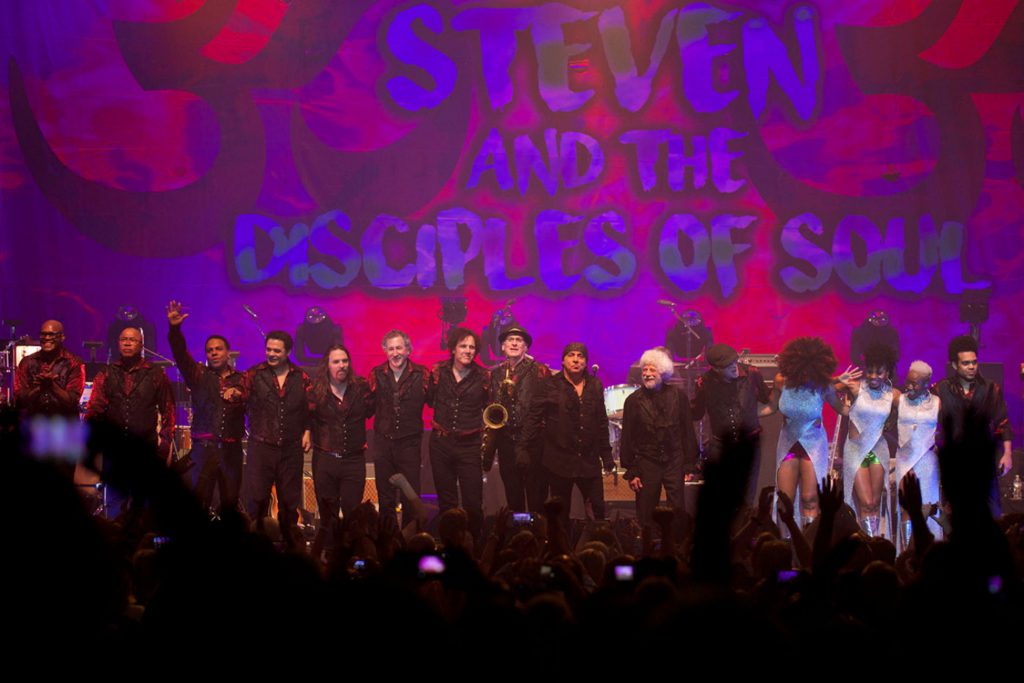 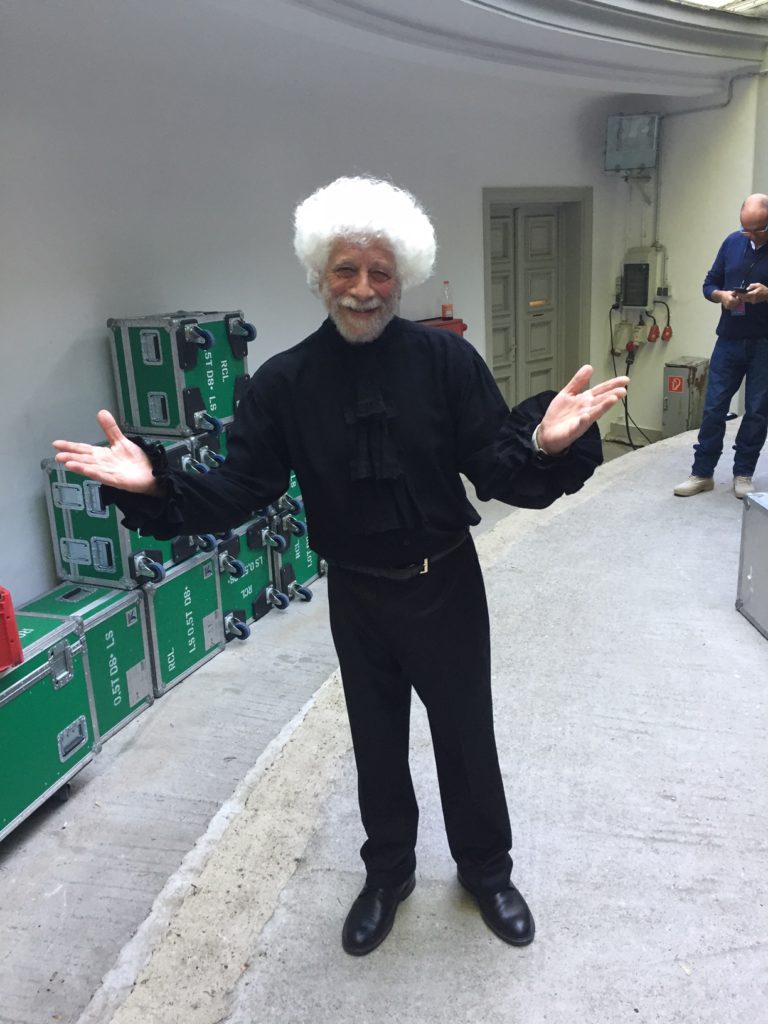 Just got back from one of the greatest gigs ever … The Notodden Blues Festival. I had this amazing band to back me up.
The Euphoria Five . Knerten Kamfjord – bass, Reidar Larsen – piano, Amund Maarud – guitar, Terje Kinn – guitar and mandolin, Knut Ragnar Hem – drums. 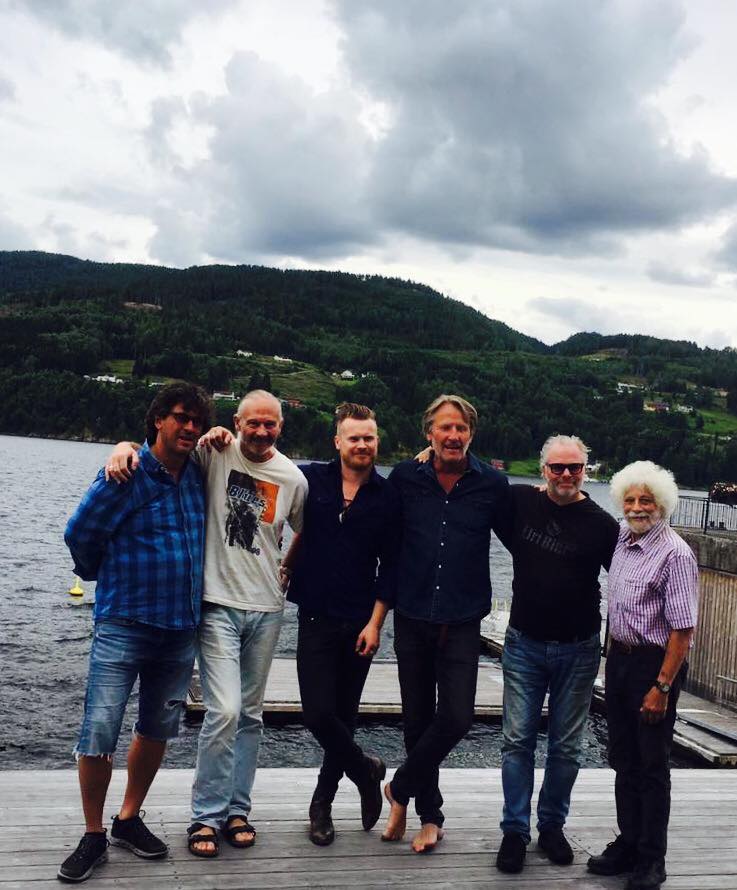 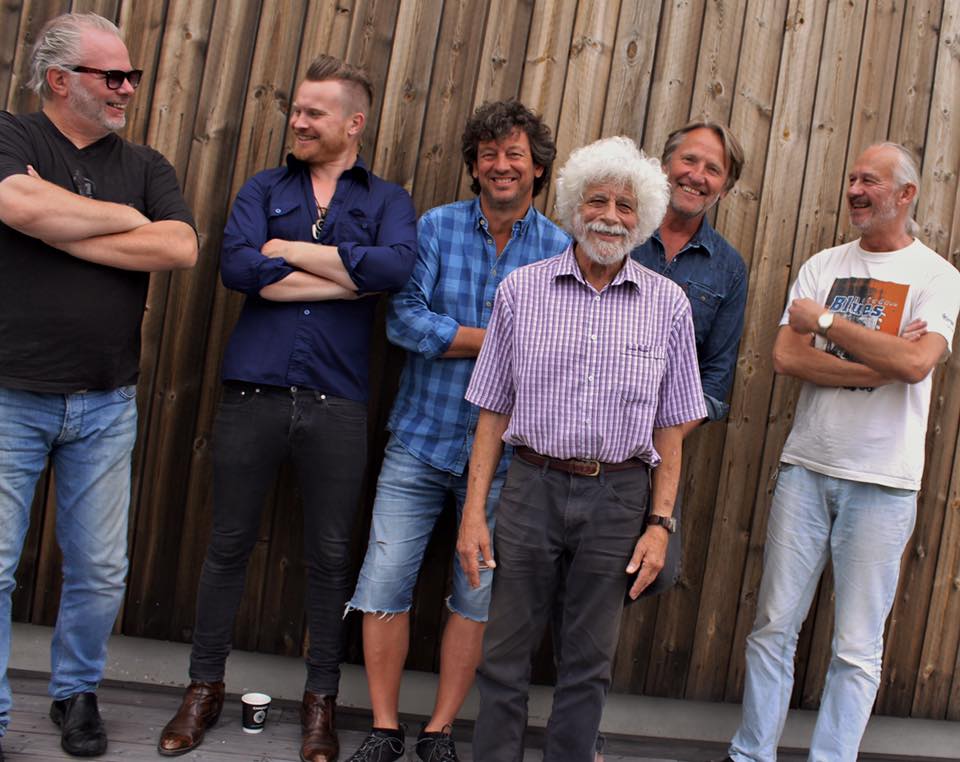 I’ll be going back to play them again in late October / early November of 2017 but I hope to get back again to Norway before that.

Vintage Guitar Magazine invited me to make a birthday video for the month of June and I got to pick anybody’s birthday I wanted. So I picked my friend Peggy Seeger and dedicated the video to her. It has been posted on the Vintage Guitar Magazine Facebook page and I figured I might as well post it here as well. She was born June 17th the same day as my sweetie but in 1935. And she is as witty and eloquent and persistent and musical as ever. Happy Birthday Peggy.

Folk Alliance International hosts their huge annual conference in Kansas City and it’s coming right up next week Wed – Sun ( 17-21) and I’m doing it up in style. I’ve got an official showcase (whoop dee do) and I’m producing a Private Showcase Room Extravaganza. I’ll be hosting a bunch of wonderful artists and doing sets myself with Eric Andersen, Bill Kirchen, David Olney, Freebo, Happy Traum and a few surprise guests. FAI takes over the whole dang Crown Center – The Westin and The Sheraton and the place is crawling and resounding with folk music folk. Agents, Promotors, DJ’s, Publicists, Managers, and …. Artists …. lots and lots of artists… all looking to enhance their careers.
The Official Showcases are held in the meeting rooms and ballrooms on the Mezzanine floor and 1st floor and the Private Showcases (sometimes called guerrilla showcases) are held in the hotel rooms on the three floors reserved for this menagerie. My room “Banana From The Youngbloods Presents” will be Room #749. So here’s my little ode to FAI. 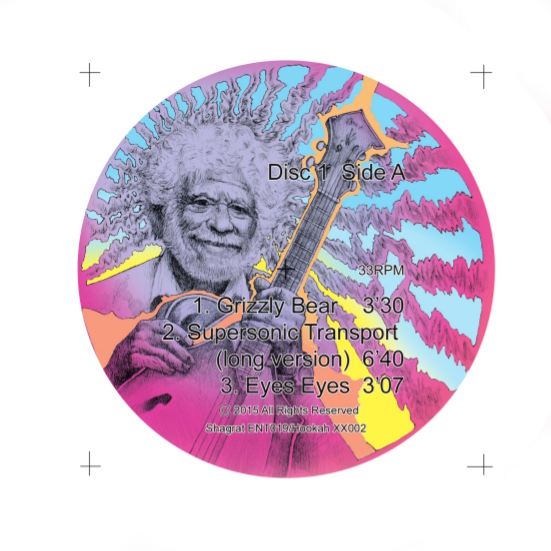 Get Together on vinyl!
From Shagrat-Hookah Records in the UK. A big beautiful package with the booklet enlarged and tucked into the middle panel with the two LP’s occupying the side panels. The graphics look great and the labels by John Hurford are brilliant. (see sample above) And … it sounds like a record. It has the full uncut 6:40 minute version of Supersonic Transport (with all of Nina Gerber’s solos) and a bonus track of Fred Neil’s song that The Youngbloods used to do, “Another Side Of This Life”.
It’s available now and you can order right here <– over there on the left. Or you can order directly from Shagrat-Hookah Records.

We had a marvelous LP release party in London at the stunning QueCumBar French Cafe on Sunday Nov 1st with John Hurford and many other luminaries in attendance. (see photo below) 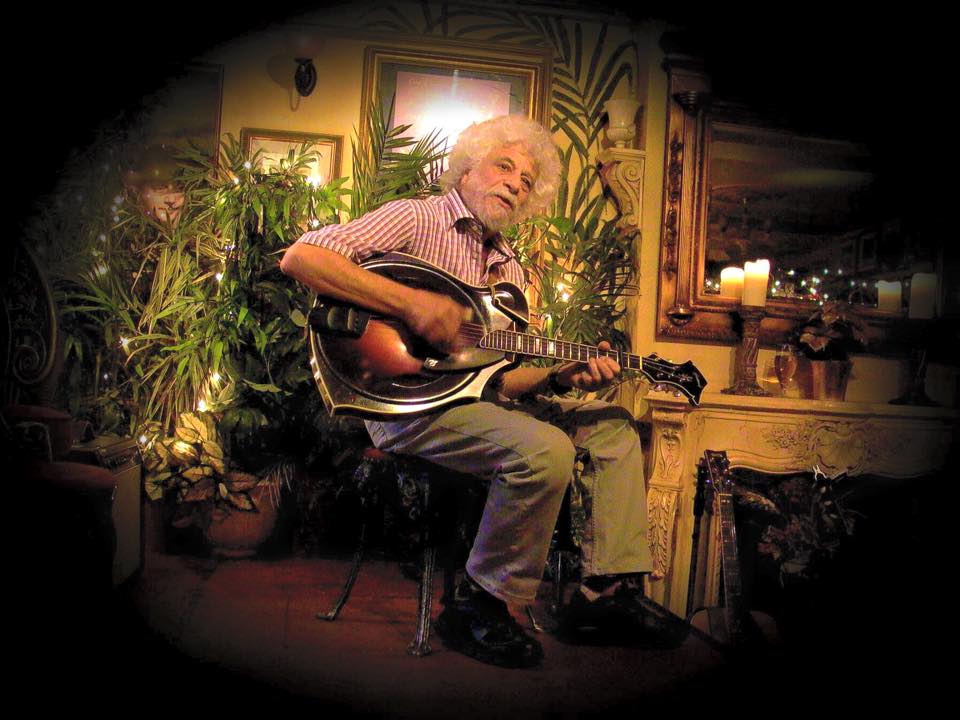